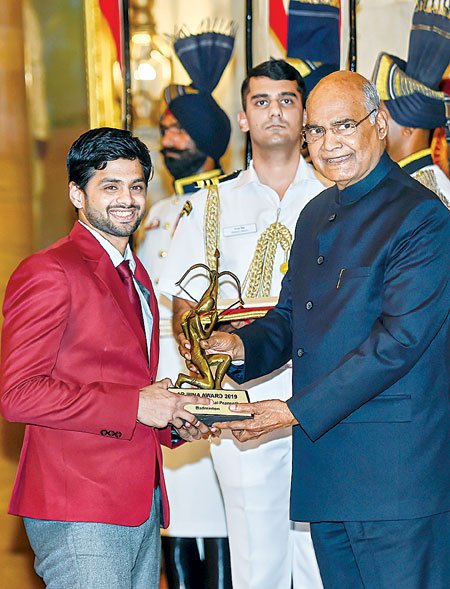 Telugu shuttler Sai Praneeth, who made history with the bronze medal at the World Badminton Championships, was awarded the Arjuna receives on Thursday. He received the award from Ramnath Kovind at the awards ceremony held at Rashtrapati Bhavan on the occasion of National Sports Day.

On the other hand, the 2016 Rio Paralympics silver winner Deepa Malik received the Rajiv Gandhi Khel Ratna Award for the highest sporting honor. Wrestler Bajrang Punia, who was selected for the Khel Ratna, was unable to attend the event because he is currently practicing in Russia. Along with cricketer Ravindra Jadeja, some players playing in different tournaments did not receive the Arjuna awards.

Is UV sterilization effective for viruses and bacteria?