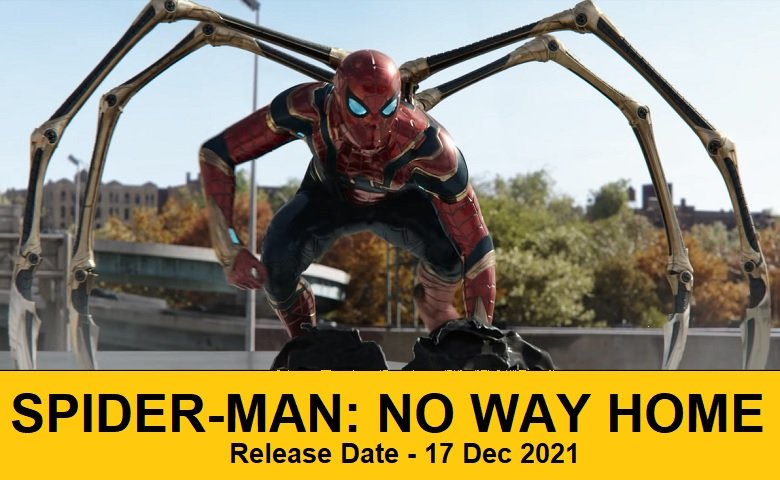 Spiderman No Way Home is one of the most anticipated movies of 2021. The hype is getting bigger so are the ever-increasing spider man no way home review articles. Being the third installment in the Marvel Cinematic Universe (MCU) spiderman series, the movie has big shoes to fill.

Directed by Jon Watts, the MCU’s 27th movie picks up directly after the events of Far From Home where spiderman’s identity a.k.a Peter Parker is exposed by Mysterio(Jake Gyllenhaal). Desperate to make his superhero identity a secret once again, our hero seeks the help of Dr. Strange & this is where things get interesting. Everything doesn’t go as planned, the spell gets tampered with & leads to the multiverse being torn.

The multiverse is now the MCU’s biggest game after the Infinity Saga. The concept which was first mentioned in Dr Strange & detailed in the TV series Loki will be further expanded and it will lead to the multiverse of madness. After everything goes awry, spiderman starts getting some visitors from multiple realities. To make matters worse, they are the enemies of their respective universe’s spiderman. Oh-oh!!

The visitors are Otto Octavius, Electro, Green Goblin, Sandman, Lizard & they will create chaos. As the fan-favorite villains are coming, this has resulted in one of the biggest rumors which is the return of Tobey Maguire & Andrew Garfield as their respective spiderman. Despite various set photo leaks and various spider man no way home review articles, neither the actors, Sony or Marvel has confirmed their presence. However, the Spider-Man No Way Home 2021 official trailer at various points hints at them being included.

Does Spider-Man No Way Home Box office Collection Report will mesmerize your eyes?

Spider man no way home release date is scheduled for December 17th, 2021 worldwide. However, there’s good news for the Indian fans. The movie will be released in India on December 16th, one day earlier than the US release date. With a production budget of $160 to &180 million or even more, the movie will break several box office records. Speaking of records, the teaser trailer of Spiderman No Way Home has become the most-viewed trailer on YouTube in 24 hrs beating the previous record held by Avengers Endgame.

With an ensemble cast of hero(es) and diverse villains, the movie will see spiderman make the most difficult choices of his life. We will also get to see new suits, jaw-dropping action involving blood, mechanical arms, pumpkin bombs, electricity, sand, and sorcery. Save the spider-man no way home release date & experience the multiverse exclusively in theatres.