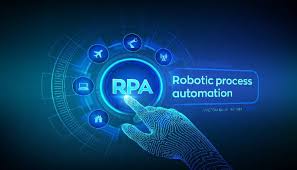 The  Automation Robotics Process (RPA)  will be vital for the future of business in 2020. It is the name given to the process of automating simple tasks and repetitive such as collecting data from a file and subsequent introduction to a business application, for example.

“ When we talk about RPA, we are not talking about a physical robot. We are talking about an approach to working across multiple applications and softwares and entering, maintaining, migrating, integrating and extracting data into spreadsheets, ” says Aaron Harris, CTO at Sage.

Currently, only large companies are using Robotic Process Automation on a considerable scale. By 2020, it will also begin to see its use in small and medium-sized companies. RPA-dedicated software revenue grew to $ 864 million in 2018 and $ 1.3 billion in 2019. This significant increase makes it the fastest growing segment of the enterprise software job market according to data obtained by  Gartner .

RPA improves effectiveness in performing automated and repetitive tasks. “ Two thirds of financial processes are automated, in one way or another. The remaining third is taken up by ad hoc or human requests for information , ” says Aaron Harris. “ The next step in RPA is to automate these processes. All this will result in more useful and effective time management for each of the actors involved in the tasks . “

Over the coming years, more forward-thinking companies will begin to share their financial results in real time, unlocking the potential of providing instant access to a company’s financial health. This is a forecast based on the fact that some large companies have made clear their desire for financial transparency and the RPA is one of several trends that promote a more automated future. The other key factors are Artificial Intelligence and digital transformation, which help professionals redesign processes to take advantage of digital capabilities, alleviating the administrative and reporting burden.

Without a doubt, Blockchain technology is an ingenious invention, but it has gone through what  Garner calls in his hyper cycles, “the channel of disappointment”. He promised a lot at the beginning, but at the moment he has not met the expectations generated. Since it emerged as the “big news”, very few really significant applications for Blockchain have been developed in the real world.

So what really holds Blockchain back for general adoption? There are some key elements that could be defined as cost, scalability and confidence.

With Amazon or Microsoft, industry leaders, committing to create services around the Blockchain, this general adoption will begin to be seen more as the aforementioned issues are addressed. From 2020 it will be when their solutions applicable to the real world come into play.

The bonanza of virtual currency

Facebook’s new cryptocurrency,  Libra, has the potential to change the future when it comes to payments. It is proposed as a solution to a real-world problem and could be enormously successful. In the past, so-called virtual currencies have only been useful as currency deposits. Libra, on the other hand, is the first cryptocurrency that has the potential to be a medium of exchange.

Facebook’s main strength is in its huge user database. Right now it is a network that has 2 billion people, a third of the world population. If, for example, a worker wants to send money to his native country, he has to face the interest of currency exchange (6% – 20%) and the transfer, in addition to being a risky and slow operation on certain occasions. If the family regularly uses Facebook, they could convert their local currency to Libra and use Facebook Messenger to send money where they need it. It is fast, easy, and quite safe.

It is also a way to deal with money laundering in the long term. Currently, there may be no trace of where the money comes from or goes. This is due to the current system of financial transactions that we have. The  United Nations recently estimated that criminal profits from “cleaning money” amount to between 2% and 5% of world GDP, that is, from 1.6 to 4 trillion dollars a year.

On the other hand, the cryptocurrency leaves an immutable record of each transaction made. It is like a book with a cryptographically protected register for currencies that indicates where the money comes from and where it goes. This makes it much more difficult to launder money.

Although a number of regulatory and legislative problems remain to be overcome, this is a disruptive technology solution that challenges the very notion of a centralized monetary system. The G7 nations have even formed a dedicated team to analyze the cryptocurrency issue, essentially focusing on Libra. 2020 will be the year in which these innovative virtual currencies take the step to establish themselves as a real option for companies.