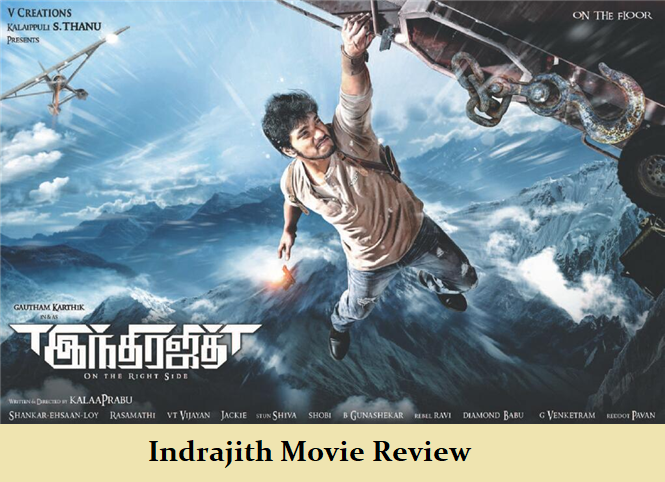 On a first note, we can say Indrajith is a typical commercial movie with an ambitious plot. The trailer of the movie seemed very intriguing and thrilling. But when it comes to the movie we can’t find the same. The plot of the movie is about an adventurous youngster who accompanies an archaeological survey team in search of a precious stone in the forests of Arunachal Pradesh and the hurdles they have to face during their journey. The movie takes several twists and turns during the journey. But unfortunately, those were not enough to engage the audience.

A treasure hunt themed fictional movies in the backdrop of dense forests and landscapes are always expected to be a thrilling experience. It was the same with this movie as well. But in spite of a great plot, the execution of the film didn’t do justice to the movie. Betterment of the cast, screenplay all could have rescued the movie from being a failure and could have delivered to be a thrilling experience for the audience.

The movie was directed by Kala Prabhu. He tried to pull off a good movie but a clumsy screenplay and racy narration let him down in doing so.

Even the stunts in the movie which was choreographed by Fefsi Vijayan and Stun Siva also didn’t achieve much applause as it could have been better considering the type and genre of the film. The major plus of the movie is the visual treat and beautiful shots aced by the cinematographer Rasamathi. Even the new music director in town KP impressed the audience with both songs as well as background music.