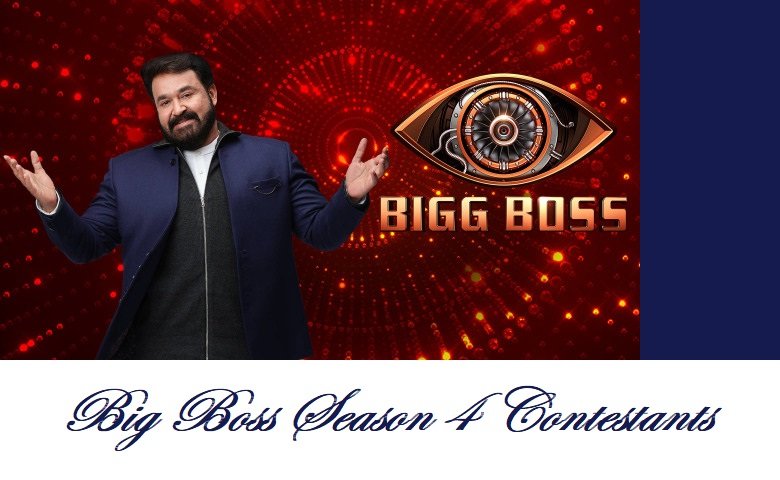 Big Boss Season 4 contestants and do you know what all are participants? Bigg Boss Malayalam is one of the most-watched reality game shows. The first season was premiered on 24 June 2018. The show is known for showcasing amazing talents, teamwork and offers great entertainment value. With 3 seasons premiered, the upcoming season 4 is widely anticipated by fans all over the world.

Veteran actor Mohanlal will host the fourth season of Big Boss Malayalam. This was confirmed as per the teaser trailers. To be honest, that’s the only thing we can confirm about.

So, what about the contestants?

This is where things get a bit tricky. The rumours of potential contestants appearing are scattered on the web. Certain celebrities rumoured to appear have denied their involvement. As of writing this article, an official announcement has yet to be made. With the first episode airing on March 27th 2022, we tell you all we know about the potential contestants.

Who can ever forget Naisal’s “Perfect Ok” video?

In the video, he praised the Kerala government for their COVID-19 healthcare treatments. He also explained the daily food plan he used to get while staying in quarantine. The way he presented the video was unique and hilarious. This, in turn, made the video viral. His appearance will be a perfectly okay experience for the viewers.

Gayathri Suresh was already a well-known actress. However, her popularity has increased on social media. Thanks to her recent eyebrow-raising interviews, her entry will surely grab the spotlight. This will be an unforgettable experience for the viewers.

The second teaser of Bigg Boss season 4 comically hinted at the appearance of foreign contestants. One name that comes to our mind is Aparna Mulberry. She is a social media influencer, content creator and English educator. An American by birth, she can speak the Malayalam language fluently.

Known for her iconic role as “ammayi” in Badai Bungalow, Praseetha Menon is one of the rumoured contestants for Season 4. Having perfect comic timing skills and a down to earth attitude. Perhaps, there will be no shortage of entertainment once she gets in.

Apart from the Rumors on this industry, Participants, Big Boss Season 4 Malayalam contestants will be updated soon here. Stay refreshed for the updates on March 27th Big even of BBS4 Malayalam at Asianet.

These are some of the potential contestants rumoured to appear in this season. Please note that the list isn’t finished & more names are rumoured to appear. Therefore, we want you to take this information with a grain of salt. We will update you once we know the official details.