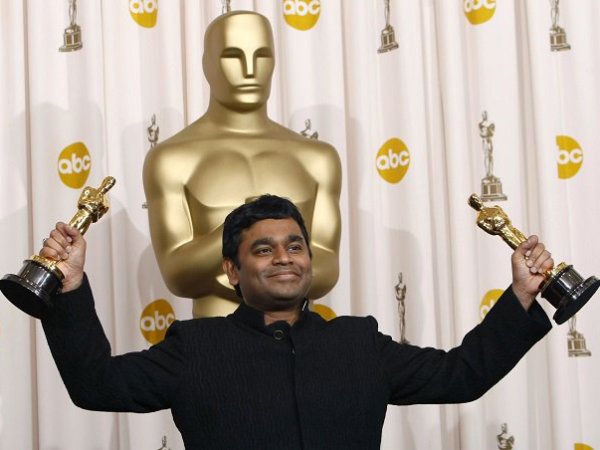 It is not the first time the music maestro A R Rahman has been nominated for Oscars He also has made India proud by winning the Oscar in 2009 for “Slumdog Millionaire” in two categories – Best original score and Best original song as well. But this time it is a great pleasure for A R Rahman as the Hollywood film “Lake of Fire” songs have been shortlisted for Best Original Songs at the Academy awards 2018 because it is composed by Qutub-E-kripa, an ensemble of student musicians of AR Rahman’s music academy KM Music Conservatory.

It was on Tuesday, the Academy announced the list of contenders which included three songs of the movie “Have you ever wondered”, “I’ll be gone” and “We’ll party all night”. Rahman congratulated the team wholeheartedly in Twitter and here is what he tweeted “Congratulations Qutub-E-Kripa team of A.H. Kaashif, Parag Chhabra, Riyanjali Bhowmick, Jerry Vincent, Sachin Mannat and N.D. Santosh for the ‘Lake of Fire’ songs shortlist for Best Original Song at the 2018 Academy Awards,”. Qutub-E-Kripa has the history of co-crediting with Rahman for the background scores of famous movies like “O Kadhal Kanmani”, “OK Jaanu”, “Tamasha”, “Kaatr vilayadiyal”, “Mo” and also “Daughters of Destiny, a Netflix show.

Yet another proud nomination from India is from the very popular action thriller Malayalam movie “Pulimurugan”. “Kaadanayum kaalchilambe” and “Maanathe maarikurumbe” are the two songs that have been nominated from the Mohanlal-starrer movie.

It seems that there is going to be a tight race to ten finalists for the Outstanding Visual effects category as well. Some of the films nominated includes Blade Runner 2049, Guardians of the Galaxy and Valerian and the City of a Thousand Planets. Even the less fantastical movies like Okja and Dunkrik are also among the nominated movies. May the best one win.