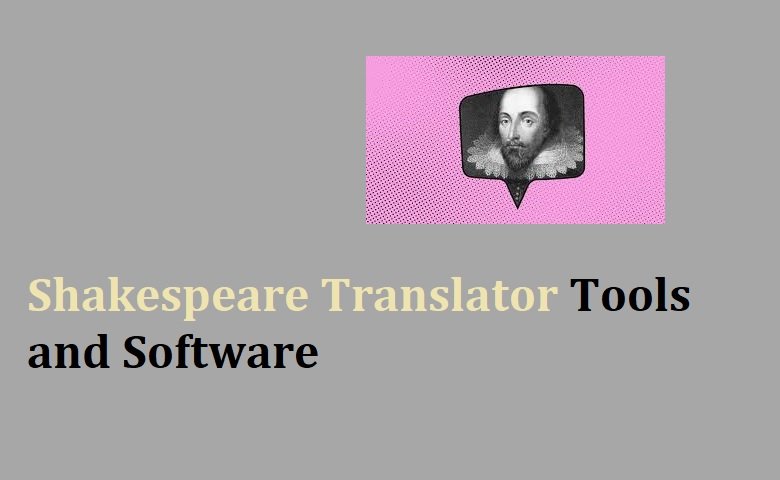 Are you looking for the Shakespeare translator or shakespearean translator tool online? Whatever test one must apply, William Shakespeare would certainly be one of the greatest playwrights and writers of all times. It is observed that more than one thousand books and papers are written about his works; although he wrote everything four hundred years ago. Still, his works are appreciated globally by teachers and students.

In universities and elsewhere, students learn about Shakespeare to acquaint themselves with the Elizabethan era as well as to gain wisdom on almost everyday encounters. Shakespeare is all-time favourite playwright and genius when it comes to depicting every shade of human emotions by inventing words where he could not find them in dictionaries.

Why do you need Shakespeare translator tools?

Shakespeare used to write his dramas and plays in English prevalent in his lifetime; which comprises many obsolete words in today’s English such as ‘thee’, ‘thou’ and ‘where of’. Learners and literary enthusiasts find it is extremely difficult to understand the play in its true essence just because of its language. In this context, Shakespeare language generation and translation tools are beneficial. The power of Shakespeare’s language can be bestowed to the coming generations in an understandable way using the best translators.

Your dictionary is one of the simplest and easy to use Shakespeare translation tools available today. It is fundamentally a dictionary and grammar tool used for translating Shakespeare’s literary works to different languages such as

Lingojam is not only a notable Shakespeare translator tool but helpful in generating various kinds of texts and translations such as emoticons, old English and Morse code. Anyone can benefit from it since it is a free tool.

With a Shmoop account, you will get enormous features of Shmoop to create an effective translation of Shakespeare’s play.

Shakespeare’s translator is also a reliable translator that you can use by paying a small amount. The website UI experience is the best.

The best known free translator is loaded with thousands of books and literary manuals for easy Shakespeare translation. It also has advanced search options for research.

Sparknotes, the latest tool in the ongoing list of Shakespeare language generators. It is fast as it lets you translate pages within a flick of time.

The retranslation of Shakespeare’s literary work is a boon for teachers, students or any voracious reader of English literature. They can gain much insight into the play and what exactly Shakespeare intended in each sentence with the help of explicit translation. But the translation tools are not devoid of any flaws: