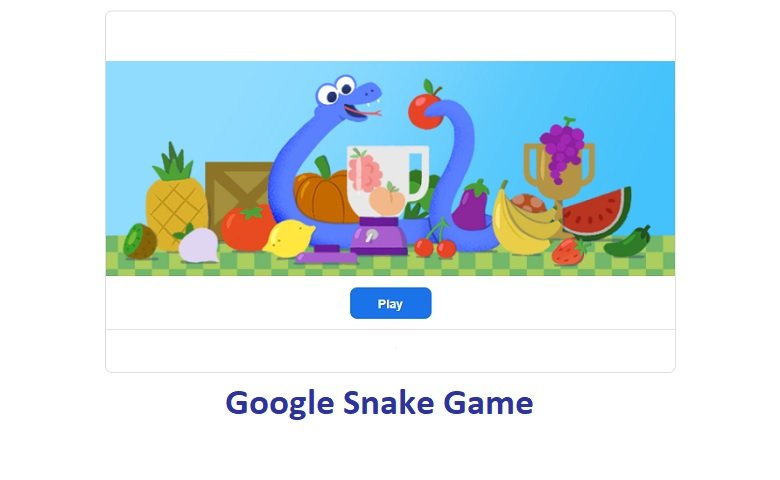 Snake is one of the most popular video games in the world that needs no introduction. Initially originated in the 1976 two-player arcade game Blockade from Gremlin Industries, it has been implemented on consoles, PC, mobile, web, etc. Even Google came up with their version named Google Snake in 2017. The gameplay is pretty much the same as the original however, it comes with various modes that make the game unique, fun and challenging for people of all ages.

Even though the game offers very engaging gameplay, it can get pretty stale after a while if there are no other ways of engagement. This is where Google Snake shines by offering a variety of modes to keep users glued to the screen. They are easy to access and customize. Most game modes are available from the start and some of them can be made available upon completion of levels. Let us see the various options of the game.

The default game mode we are all familiar with. The objective is to make the snake grow longer by eating consumables. The game ends after the snake hits the wall or eats itself.

How about some bricks?. In this mode, brick walls form at random places after the snake eats and must be avoided. Hitting the wall ends the game so this is not a mode to be taken lightly.

This is a fun mode that requires concentration. As the name implies, the food bounces off the board and the snake must be navigated with precise timing. What’s interesting is that the food quantity can be increased from 1 to 5.

A game with no walls to hit sounds fun, right?. That’s exactly what this mode offer. There are no boundaries and the snake can move endlessly however, it doesn’t mean you won’t lose. Hit yourself, the game ends.

Consider this as Borderless 2.0. There are no boundaries, you won’t die if you hit yourself, you live forever. Hitting the stop button is the only way to end the game.

How do I play?

The modes don’t end here and there are a lot more to try. Playing the game is easier than expected. Just open up a web browser and type “google snake” or “play snake” on Google search & it will come up. Just make sure to have some fun.