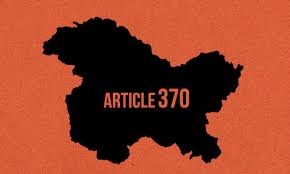 As whole nation is putting its thoughts on Article 370, here’s a glimpse; let me be specific that its just a sneak peak to topic and obviously not an overview. So, when this bill gets approved in both lower and upper houses, J&K and Ladakh will be having Indian Constitution and will be completely embedded in INDIA.

As in PROS to J&K special status has been completely halted and no more special constitution to be in practice. Indian citizenship to furnish from J&K all the way to Kanyakumari, which clearly ends Dual Citizenship, as in when Article 370 was on. Pretty much happy that Right to Education will be enforced. Real Estate will take a boost cause previously Indian Citizens weren’t allowed to purchase or made deals regarding the property or land in J&K. Minorities will now enjoy Reservations, I’m not going too deep to explain as this holds various views. According to Article 35A which states that if a woman who is resident of J&K marries someone outside J&K will lose her citizenship in the Princely State, but now it is zeroed, now they can marry anyone throughout INDIA. Central Government of India now has a direct intervention in decisions taken or had to be implemented in the State for the welfare of people.

Not talking about the CONS as it yet to see what are locals take about the decision and can be clearly known once the Article 370 has been completely scrapped, and last but not least, we’ll differ from one another, yet in this Diverse Country we stay United and I hope we get through all odds by being strong. We need to embrace J&K people as now they are going to be integral part of INDIA.